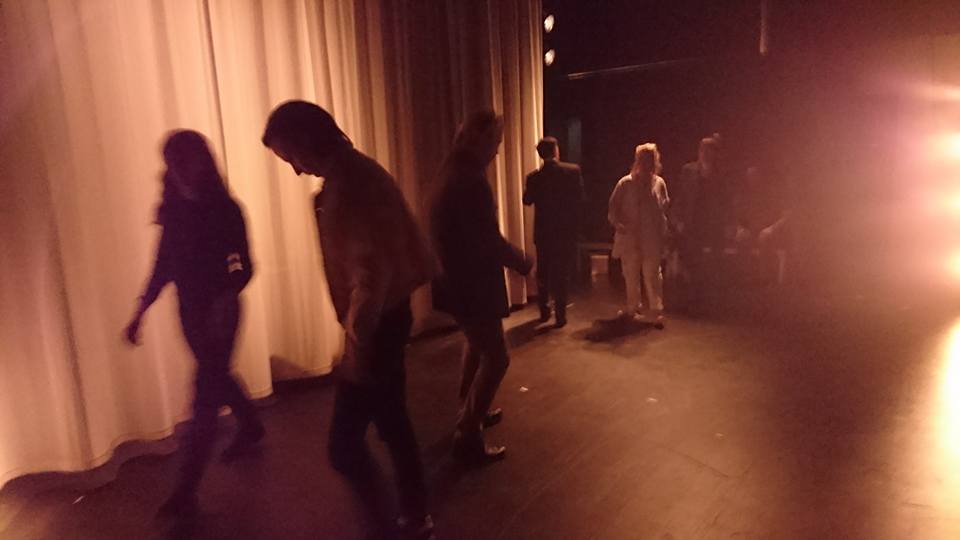 It’s been a great weekend in Stockholm! Together the Instant Playhouse project gathered 338’000 SEK to Doctors without borders!

Saturday was a messy day and we were constantly behind schedule. Our light designer (my boss) also twisted his ankle so I had to do a lot more of the light stuff because he could no longer climb the ladder or move around quickly. He tried to explain to me what to do from the light table while I tried to figure out how to direct the lights without pulling out the wrong lever. It has really made me appreciate light design even more and I’m considering taking a course or workshop in it. We were still missing some lights for our dress rehersal so we got no dinner break after and kept working until ten minutes before the show with different things. Then it was time to go! Our opening night we got some great critique, the audience thought it was too good! They expected it to be more errors and wanted the actors to make mistakes, but no no! It has been wonderful to work with such a great crew of people.

Here are some photos taken during the process by Johan Jeppsson.