As most people know now I’m back in Sweden! 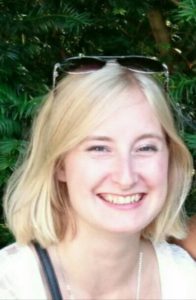 Currently I’m freelancing and trying to figure out wich city I’m going to move to in september. I’ve got some job offers but nothing is set in stone yet so we’ll see. In the summer I’ve been living in Stockholm but I have also visited Denmark with my mom, Norway with my brother and also Gothenburg and Falkenberg. In Aarhus in Denmark me and my mom stayed at a very hippie hostel and I read a couple of plays by Pinter. We visited Aros Arts Museum which was really inspiring and the next day we went to Museum Jorn in Silkesborg. I also had time to meet up with Gaia from my PTP class twice during the trip which was great fun and she showed me and my mom around in the Old Town of Aarhus. When I was in Norway my brother, his girlfriend and I went to one of those puzzle rooms where you have to solve different quests to move forward, so you can steal the Pirate Captain’s treasure. Great fun! One day I got a call about a dance audition that I couldn’t attend since I was still in Norway. They asked me to send a video recording of the dance instead, so I did and got the job! I also had an interview at another company when I got to Gothenburg, so busy on my vacation as well. But now I’m in Stockholm again and it’s really back to business!