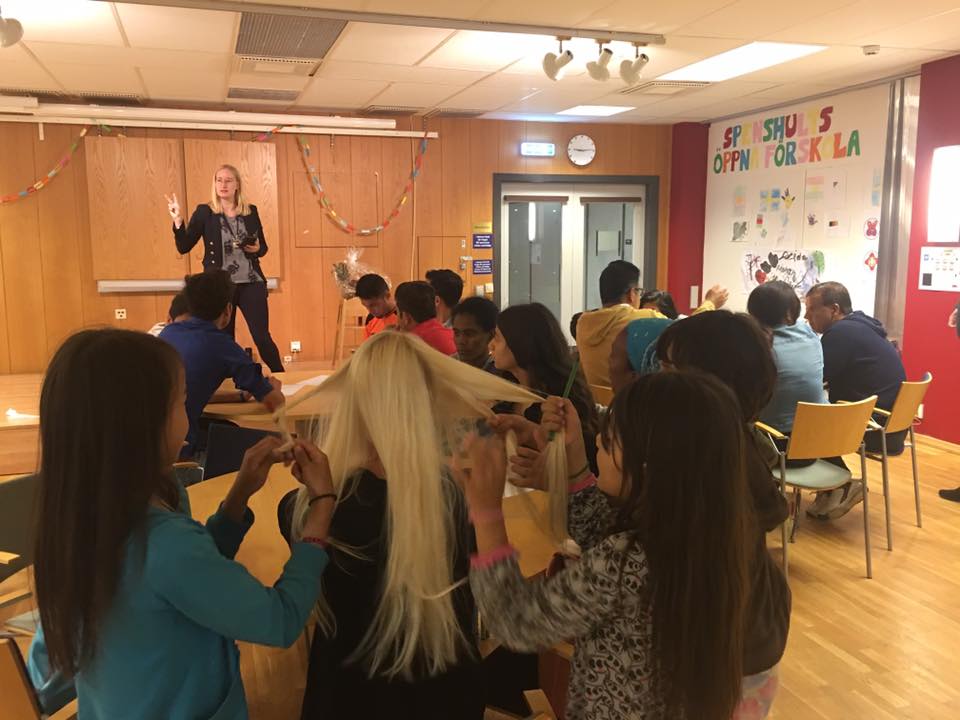 Autumn has come both in weather and in jobs! Last week we’ve started our rehersals both for Ryck upp dig with Teater Psykos and Binga with Strandteatern. Tuesday at Spenshult I held a quiz about Sweden, it was very successful! Then on Wednesday I had Yoga for women. I’ve also started working as a drama teacher for kids at Linehed school.

Saturday I was in Laholm rehersing Binga. We did some improvisation about three sisters walking in a sandstorm. It’s really interesting to work with your mind set on a goal (to get to the house) while your body works in opposition (caught in a sandstorm and pulling you back). You are your own obstacle! We are also working with the four rivers of Halland symbolizing the four elements. To music we improvised a water character so full of himself that he doesn’t notice his own decay and a fire persona who is completely burnt out. My personal favorite was the dramatical air, so sad that nothing can stop the roars of agony and tears. The last character was a bitter earth character who doesn’t want any contact with anyone. We had switched for some of the improvisation so Anna who usually plays Binga was the river and I interacted with her, trying to get her attention. It ended up looking like two angry children who tries to become friends again after a big argument, but neither of them want to be the first to say “I’m sorry”.

After rehersal we made a mold of my face in plaster, the mold will be used to make masks for the rivers. I’m looking forward to start working in mask again!